Back in February, the European Food Safety Authority (EFSA) released an updated report on the harmful effects of certain pesticides on a variety of bees. Confirming conclusions made in their 2013 report, the EFSA found a wealth of evidence supporting the claim that the world’s most popular pesticide group, neonicotinoids (or neonics for short) are harmful to both honeybees and bumblebees. 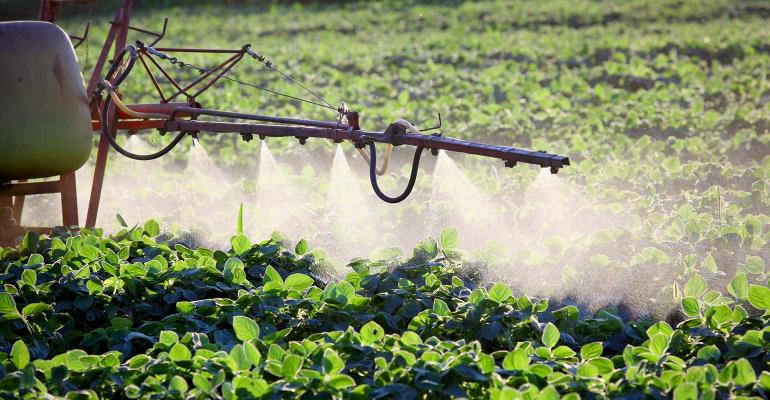 Back in February of 2018, the European Food Safety Authority (EFSA) released an updated report on the harmful effects of certain pesticides on a variety of bees. Confirming conclusions made in their 2013 report, the EFSA found a wealth of evidence supporting the claim that the world’s most popular pesticide group, neonicotinoids (or neonics for short) are harmful to both honeybees and bumblebees.

In April, following the EFSA’s findings, the EU put into place a complete ban on the use of neonics outdoors, expanding on the partial ban imposed in 2013 which prevented neonic use on certain crops. The move, which should see all European neonic use confined to greenhouses by the end of the year, was welcomed with open arms by environmental groups like Friends of the Earth and the Task Force on Systemic Pesticides. This fight, however, is far from over.

Neonics are a relatively new kind of pesticide. The use of these ‘systemic’ pesticides only dates back about 20 years. According to the UK Pesticide Action Network, “Unlike contact pesticides, which remain on the surface of the treated foliage, systemics are taken up by the plant and transported to all the tissues”. This includes the pollen and nectar which bees collect to feed their colonies. Systemic pesticides have also been found to persist in soil, water, dust and even air long after the chemicals have been sprayed. An open letter written in April and signed by 242 esteemed scientists claimed that “the balance of evidence strongly suggests that these chemicals are harming beneficial insects and contributing to the current massive loss of global biodiversity”.

The use of toxic systemic pesticides, which has steadily grown in recent years, is not just problematic for bees. The WIA (Worldwide Integrated Assessment of the Impact of Systemic Pesticides on Biodiversity and Ecosystems (in case you’re wondering)) included a report on the impact of these pesticides on vertebrate populations. The report reviewed 150 studies and concluded that neonics were both directly and indirectly affecting terrestrial and aquatic vertebrate populations. Some birds, for example, are directly affected by ingesting seeds coated in toxic neonics.  Fish, too, have been found to be vulnerable.

While the report found that the amount of chemicals in the air were non-toxic to vertebrates at present, neonics are causing sub-lethal effects like stunting growth and reproductive success. Global populations of insect-eating birds, for example, are faced with a marked decrease in the amount of prey available to them. This is an example of an indirect harm caused by neonics. This food chain effect is incredibly important to consider. Bees are the ecological backbone of a vast number of ecosystems. A study published in Science in september of 2019 shows evidence that neonics have directly harmful effects on birds also. As well as delaying migratory habits, the study found that birds dosed with the equivalent of one tenth of one imidacloprid-coated seed lost 6% of their total body weight within 6 hours of being dosed.

The knock-on effects from the decline in bee populations will increase in scope and scale until a worldwide ban on neonics and other systemic pesticides is firmly in place.This goal, however, is far from being achieved.  A 2017 report published in Science found toxic neonics in 75% of the world’s honey. Another study conducted the same year in Germany found that three quarters of flying insects have disappeared in the last 20 years, a period which coincides quite neatly with the introduction of neonics.

Multinational companies like Bayer and Syngenta, which manufacture neonics like imidacloprid and clothianidin, will fight tooth and nail to prevent ecologically responsible policy from passing into law around the world. Back in 2013, when the partial ban was proposed, Syngenta went as far as to threaten legal action against individual members of the EFSA, whose job it was to carry out an unbiased scientific evaluation of Syngenta’s products. For these business giants, profit margins are, as usual, more important than preservation of biodiversity. We must be ready for their inevitable appeals.

That being said, in May of 2019, the Environmental Protection Agency (EPA) cancelled the registration of 12 neonics, allowing companies like Bayer and Syngenta to sell off existing stocks, but not to produce more of the toxic chemicals. Surprisingly, the cancellations were voluntarily requested by companies including both Bayer and Syngenta. It becomes less surprising, however, when one knows that they only did this as part of a settlement agreement with environmental groups. The 12 neonics which these companies sacrificed were simply cannon fodder. The EPA still has nothing to say about the other 47 types of neonics.

Ever since governing bodies and NGOs have started to ban neonics, the race has been on to find a suitable replacement. One prominent candidate, however, may not be as bee-safe as its manufacturers claim. Flupyradifurone (FPF), which was approved by the EU in 2015 and has been sold under the name ‘Sivanto’ ever since, has been marketed as a harmless alternative to neonics. It is true that higher concentrations of the chemical are required to cause harmful effects in bees when considered in isolation, but when combined with common fungicides FPF has also been shown to kill bees. FPF works in much the same way as neonics, leading some experts and NGOs to say that the chemicals are so similar that it is wrong to consider them separate entities. Surprise surprise, Sivanto is manufactured by Bayer.

The EU and others, like Canada, are setting the example for other governing bodies to follow. If this problem is not addressed soon, however, we will leave future generations with a planet far less diverse and bursting with life than the one we had when neonics were first concocted. Neonics aside, humans are already the cause of the most recent of earth’s six mass extinctions. It says something about a species when they can take their place on a brief list which includes both asteroid impacts and cataclysmic volcanic eruptions.

At this point, we are in full damage control mode. Conservationists are fighting not only against pharmaceutical giants which wield more power than it should be possible to wield, but also against the clock. The public, however, have proved that this is one issue with which they can affect real change. Alongside the EFSA’s report, a driving catalyst for the EU’s ban on neonics was a petition started on the campaign platform ‘Avaaz’. The petition has received a staggering 5 million signatures. It is clear that people around the world care much more about preserving the biodiversity of this planet than they do about Bayer’s profits.

The Avaaz petition is a reminder that there are more of us than there are of them and that we can in fact stand up to them. We all know that rich bullies want to destroy this planet to fill their pockets, but we must not let them get away with it. I urge you, if you see a petition or a fundraising event for this issue, to become as involved as you possibly can. This issue is, if you’ll pardon my language, extremely fucking important.